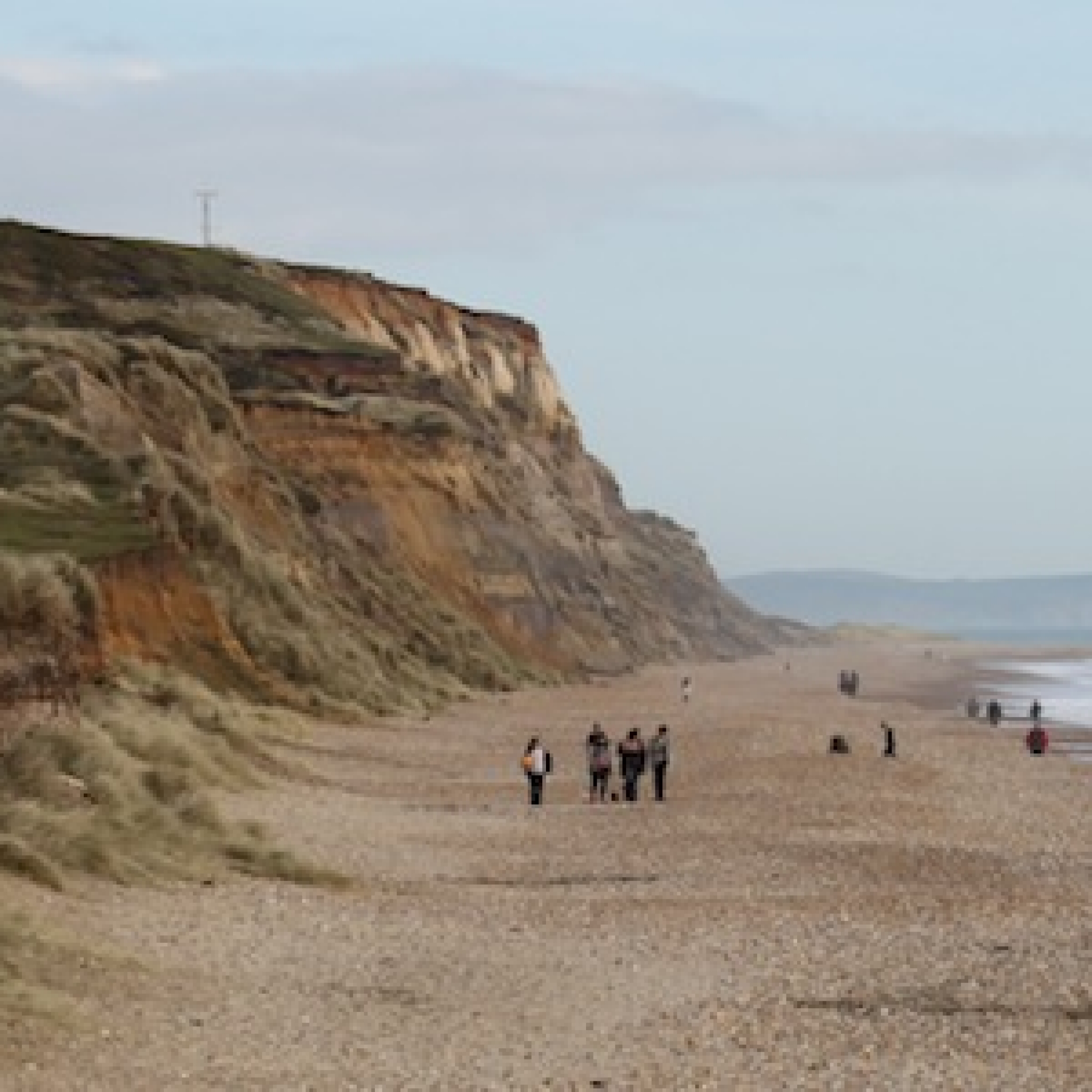 Hengistbury Head is a sandstone headland which forms part of Southbourne, jutting into the English Channel between Bournemouth and Milford on Sea in the English county of Dorset. At the end is a spit which creates the narrow entrance to Christchurch Harbour.

The 162 hectare site incorporates an excellent variety of habitats including woodland, meadows, heathland, scrub, sand dunes, beach, estuary, saltmarsh and more. The site also incorporates the extensive meadows of Wick Fields. There are superb views from the top of the Head towards the Isle of Wight, Bournemouth, Sandbanks and the Purbecks, and inland towards the New Forest, St. Catherine’s Hill, and even Horton Tower on a clear day.

A disused ironstone quarry mine is located at Hengistbury Head. The mine was in use between 1848 and 1854 and consisted of the mine/quarry area, spoil heaps and a harbour for the transportation of the ore. The quarry area of the site has since been flooded to provide a wildlife sanctuary and the remaining spoil heaps are covered in scrubland. The area is scheduled and is classed as an area of Special Scientific Interest.

Hengistbury Head is extremely important for its flora and fauna – over 500 plant species have been recorded including a number that are scarce; over 300 species of birds, including those present all year round, breeding birds, winter visitors, and birds that occur on migration during spring and autumn; and a superb variety of insects including moths, butterflies, dragonflies, damselflies, and beetles. The site is also internationally important because of its coastal geology, and its Stone Age and Iron Age archaeology.

Work is completed on a new eco-friendly Visitor and Education Centre at Hengistbury Head Nature Reserve after funding was secured from the Heritage Lottery Fund for the project.

The new centre, will see an extension to the existing Barn Cottage. The extension will be constructed using straw bales and a ‘green’ roof planted with grasses and other species found in the area so that the building blends in to its surroundings. A ground source heat pump would provide heating and photo-voltaic panels will provide electricity ensuring that the building is environmentally-friendly.

The land train (known as the Noddy Train to locals) offers a tranquil ride though the woodland at the base of the headland on a tarmac road so the ride isn’t uncomfortable. The train runs between the car park and Hengistbury Head spit everyday (except Christmas). The fare is paid one way only and can be paid to the driver while boarding. You can even take your bike on! More Info: Tel: 01202 425517